Falling under the banner of Lazygoose USA, Lazygoose Publications was formed to group the literary publications of, initially, Gail Fraser. Lazygoose Publication now owns all rights to the entire Lumby series (initially published by Penguin Random House) and Finding Happiness in Simplicity (initially published by Globe Pequot Press). Following the same tenets as LGUSA - to create, inspire, and connect - Lazygoose Publications continues to grow in depth and breath as more novels and non-fiction books are printed and distributed, and additional, authors are brought into the fold. Titles scheduled to be released shortly include America - the Art of Art Poulin, and the WeeyBeey series. 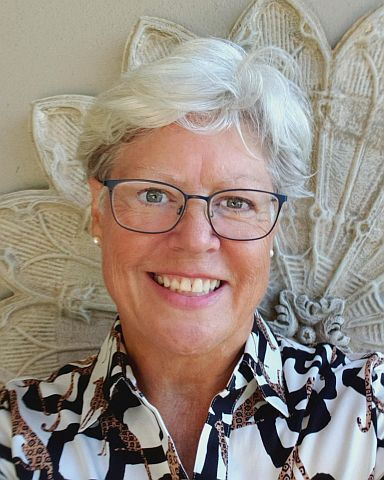 Gail was born and raised in Rye, New York. She studied at the University of London before returning to Skidmore College where she earned her BA in English Education. She completed her MBA at the University of Connecticut, with graduate work done at Harvard University. Gail had a successful career in 'corporate America' holding senior executive and upper management positions in several Fortune 500 and start-up corporations, while working and living extensively throughout the world.

Shortly after getting married to folk artist Art Poulin in 1999, Gail stepped off the corporate track as an Associate Partner at Accenture, and began writing the acclaimed Lumby series in 2004, which includes The Lumby Lines, Stealing Lumby, Lumby's Bounty, The Promise of Lumby, and Lumby on the Air, all originally published by Penguin Random House. Lost in Lumby was the final book published in the series. Additionally, she and her late husband collaboratively wrote and illustrated Finding Happiness in Simplicity, hardcover Globe Pequot Press. Gail is currently working on a new series, the first of which should be released in 2023.

Gail continues her own graphic design work. Last year she launched the AMPoulin brand which, through meticulous remastering, further extends Art's legacy. Most recently, her WeeyBeey portfolio of whimsical images was rolled out for international licensing. Concurrently, Gail returned to her deep roots in pottery and has opened a professional ceramics studio in Colorado, where she lives. There, she continues her passions for golf, long-distance swimming, and is an active member in Mensa. In her off-hours, she manages her company, Lazygoose USA, and its foundation that canopies the collective artistic assets she and Art created over the years.